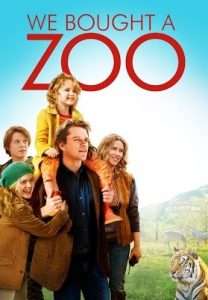 I am inspired by stories of courage.  There is no doubt in my mind that the most inspirational stories come about because somewhere, someone showed amazing courage, sacrifice and GRIT to overcome some sort of adversity.

In 2008, I walked the Kokoda Track.  This walk was more about honoring those brave men and women who lost their lives in defense of Australia in the wild jungles of Papua New Guinea in 1942 – 1943.  The walk was all about my obsession with the courage of the Australian defense period.  Our troops displayed extraordinary bravery defending our country from invasion from the Japanese Imperial forces.  It was to be one of many fascinations I had and still have around the 2nd World war, but I jump ahead of myself.

What has my walk along Kokoda track got to do with Courage?  Perhaps it was more Bold than brave like my friends said.  Perhaps I used up all the courage the moment I stepped onto the small plane to fly into Kokoda Village from Port Moresby, and if you want to know more about that, read my book, ‘Walk It Out, A Kokoda Experience’, everything will be revealed.

In the Film, ‘We bought a Zoo’, which is the real-life story of a Benjamin Mee, who lost his wife to Cancer, and continued to raise his 2 children while running a zoo in England somewhere.  He tells the story of how he met his lovely wife.  He said it took ‘20 seconds of insane and wild courage’.  He noticed a beautiful woman sitting in a café.  He was walking by and was overwhelmed by her beauty and energy.  So, he doubled back and used 5 seconds of his insane courage just getting into the café.  He looked at her and said, “why would someone as amazing as you, even speak to someone like me?”  and she said, “Why not!”

The story impacted on me a lot because as you will find out (when I finally complete my book) I’ve had to draw on a substantial amount of courage (stored somewhere within my being) to do some of the jobs and tasks I’ve completed in my life time.  Jobs like, photographer, laboratory assistant, waitress, receptionist, speaker, and promoter, just to name a few.  I’ve also had to stand up to difficult neighbors, bosses and business associates to grow and develop into someone I was happy to live with, myself!

You must to be able to live with yourself first before anyone else.  Your experiences become the furniture that you move around your brain to create a comfortable home to live in.  Your own head!

As you are reading this now, you may be wondering about your own bravery, about times when you stood up to somebody or stood for something.

Truth is, most of us are pretty gutless, and it’s understandable.  It’s easier to stay in the comfort zone than rock the boat.  No one, least of all me, wants to rock the boat, however, sometimes the boat needs rocking and it’s a good idea to know where the life rafts are so that when the storm hits you can rescue yourself and survive.

I’m thinking about people that I have read about in history who showed amazing courage, people like Oskar Schindler, who as a once greedy German businessman becomes an unlikely humanitarian amid the barbaric German Nazi reign when he feels compelled to turn his factory into a refuge for Jews.  Oskar Schindler managed to save about 1100 Jews from being gassed at the Auschwitz concentration camp, it is a testament to the good in all of us.  Clip from movie.

Rosa Parks who on the first day of December in 1955, sat on a bus in Montgomery, Alabama.  She refused to obey a white Bus driver James F. Blake’s order to give up her seat in the “coloured section” to a white passenger after the whites-only section was filled.  Well when she said no, and sat her ground, so to speak, all hell broke loose, setting off a national reaction of protest, and stimulating the complete shut-down of public transport in Montgomery, as the whole Black population showed their support by not using public transport for several months.  I’m sure Rosa thought about this action long before the day and for more than 20 seconds, but something must have snapped in her that day, to say ‘No’.  Something had to give and in those nanoseconds between being asked by the driver to move, she made a decision that ended up overturning years of oppression and prejudice to a breakthrough, that should never have been in question.

Then there’s Dave Pelzer who wrote the book ‘A Child Called It’ and the other follow up books ‘The Lost Boy’ and ‘A Man Named Dave’.  Dave’s story is remarkable as he retells the story of his painful childhood when he lived in terror of his unstable mother, and her every move.  This is a true story of courage and triumph against all odds to the world.  I read this book around 20 years ago, and it has such a profound effect on me, as my own little baby son wasn’t even one years’ old at the time, and I couldn’t imagine hurting him like this woman treated her son Dave Pelzer.  No one can read that book or hear of his story without feeling such deep emotion, but at the same time respecting such an extraordinary man such as Dave Pelzer.  On any given day in the US of A, there can be up to 460,000 children rescued from abusive parents.  He said something in an interview, which stayed with me… He said, ‘hurt people hurt people’! He is continuing to do good work to this day to help others and shows compassion to his deceased mother.

There are much more characters and stories that stand out to me.  As I write my book, I bring them to life and put them on a mantle where they deserve to be, as legends for us to be respectful of.   Sometimes all it takes is 20 seconds of courage to stand up and do something that needs to be done, to protect the weak and the innocent, and to be a good man or woman.  That saying, ‘for evil to prevail a good man does nothing’, applies here.  Look out for my video presentation on ’20 Seconds of Courage’. Anne Clark.