Behind the Song ‘Hey Jude’ 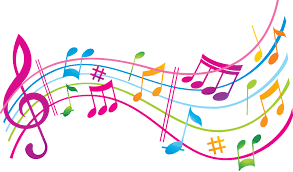 I love to listen to the lyrics of most songs that I hear and analyze the meaning if I can.  I’ve had problems with songs, like Australia Crawls ‘Reckless’, I could hardly understand the lyrics for a while, but that’s okay once I looked up the lyrics it made more sense, but my article today is about a beautiful song by the English rock band, The Beatles, which was released as a single in August 1968.  “Hey Jude“ is a song that was written by Paul McCartney and credited to the Lennon–McCartney partnership. 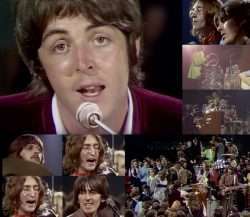 “Hey Jude” was a number-one hit in many countries around the world and became the year’s top-selling single in the UK, the US, Australia, and Canada. ‘Hey Jude’ has sold approximately eight million copies and is frequently included on music critics’ lists of the greatest songs of all time.  For me it’s up there with ‘Imagine’.

So what’s the meaning behind the song, and why does it touch so many people even today? The answer to that can be found by looking into the Wikipedia version and also taking time to listen to a few interviews with the man himself ‘Paul McCartney’.  You see the writing and recording of “Hey Jude” coincided with a period of upheaval in the Beatles. The upheaval was between the guys in the band themselves and the times they found themselves living in.

The ballad evolved from “Hey Jules”, a song McCartney wrote to comfort John Lennon’s son, Julian after Lennon had left his wife for the Japanese artist Yoko Ono. To write a song with lyrics like ‘remember to let her into your heart, and you can start to make it better‘ Those lyrics espouse a positive outlook on a sad situation, while also encouraging “Jude” to pursue his opportunities to find love.

After the fourth verse, the song shifts to a coda featuring a “Na-na-na na” refrain that lasts for over four minutes.  I remember singing along to that part, as a 12-year-old, I had no idea then about what the song meant, I was ‘Na - nahing myself silly‘, but it was kind of therapeutic and left a lasting vibe helping me with my emotional tensions and changing perceptions of the world I was growing into.  At 12 years of age, I was crazy about the Beatles, music, and horses.

Here’s a suggestion, if you are not already doing this, take time to view and look at videos and read more into the lyrics as this may help you through any pent-up feelings, or tension.  Music and Essential Oils are my therapy.  Quite often when I have my dad with me we spend time watching some video clips of Fred Astaire dancing and music happening and it makes for a very entertaining time, which brings dad and me together in a massively positive way, and leaves my dad humming the music long after the session is over.  Powerful!

“Hey Jude” was the first Beatles song to be recorded on eight-track recording equipment. The sessions took place at Trident Studios in central London, midway through the recording of the group’s self-titled double album (also known as the “White Album”), and led to an argument between McCartney and George Harrison over the song’s guitar part. Ringo Starr later left the band only to return shortly before they filmed the promotional clip for the single. The clip was directed by Michael Lindsay-Hogg and first aired on David Frost‘s UK television show.

Contrasting with the problems afflicting the band, this performance captured the song’s theme of optimism and togetherness by featuring the studio audience joining the Beatles as they sang the coda.

I have that clip here for you to enjoy, see if you can spot the tension in the first part!  Video Clip - Hey Jude. (1968)

At over seven minutes in length, “Hey Jude” was the longest single to top the British charts up to that time. Its arrangement and extended coda encouraged many imitative works through to the early 1970s.

You may be wondering about ‘Reckless’ by Australian Crawl, here’s that music clip, you can look into the meaning behind that one when you have the time.  Fascinating.