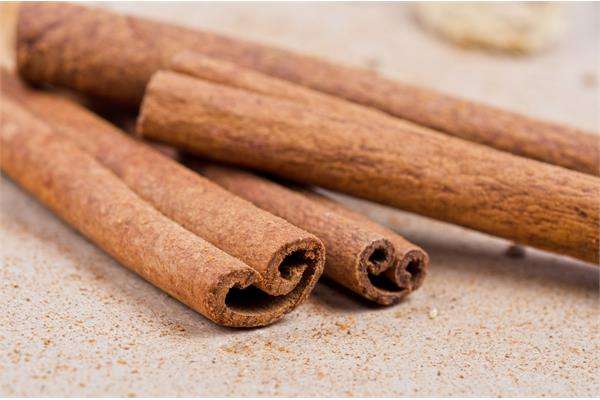 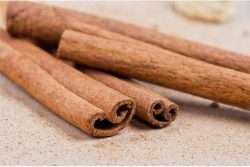 When I think of Cinnamon Oil, I think of apple pies and cinnamon buns, and the aromatic effect of that memory is bliss, because I associate the sweetness and the warmth of life with the aroma of ‘Cinnamon.’  It may surprise you that Cinnamon bark essential oil is also diffused to help with sweet cravings and added to food for that extra flavour and very pleasing and an exceptional satisfying aroma.

In essence, Cinnamon is derived from a tree that is recognized by two botanical names: Cinnamomum zeylanicum and Cinnamomum vervun. Both names refer to the same tree, which is considered to be the “True Cinnamon.”

Cinnamon is used in aromatic applications. Cinnamon Essential Oil is known to diminish the feelings of depression*, faintness, and exhaustion, to stimulate the libido, and to strengthen immunity.
*  To address depression here:  I’m not saying that Cinnamon Essential oil cures depression, however what I am saying is that ‘Cinnamon essential oil’ could have beneficial effects in improving depressive and anxiety disorders and might be used as an adjunctive therapy to conventional drugs. Trans-cinnamaldehyde might be responsible for the beneficial effect observed with the essential oil of cinnamon.

Note:  For the scientificaly inclined - Cinnamaldehyde is an organic compound with the formula C6H5CH=CHCHO. Occurring naturally as predominantly the trans (E) isomer, it gives cinnamon its flavour and odour. … This pale yellow, viscous liquid occurs in the bark of cinnamon trees and other species of the genus Cinnamon.

Cinnamon Essential Oil is reputed to calm dry skin, when used cosmetically or topically in general.  Cinnamon effectively alleviate aches, pains, and stiffness in the muscles and joints, address acne, rashes, and infections, enhances circulation, nourishes the skin, and can even minimise or slow the look of aging, and revive the skin tone.  I add fractionated coconut oil to Cinnamon Bark essential oil, about 3 parts FCO to 1 part Cinnamon Bark EO, and rub the mix into my palms then apply to the back of legs and anywhere I’m feeling sore and sorry.  For little ones with brand new skin, apply to FCO, then do a patch test, just in case, it’s a hot oil and can burn young skin, so be careful.

A 5ml bottle of doTERRA Cinnamon Bark Essential oil is $42.00.

For more information on how to use this essential oil reach out to Annie and comment on this article here.