Compassion, How hard can it be? 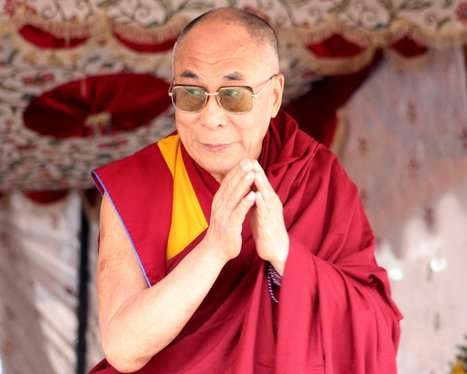 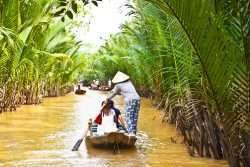 How hard can it be to express compassion?  For some, very hard.  I have a beautiful book by ‘His Holiness The Dalai Lama and Howard C. Cutler’ - ‘The Art of Happiness‘ which sits on my desk.  At one stage this book got shuffled about like paperwork that I needed to attend to but didn’t have a chance.  Moving it around meant I kept looking at it yet not taking the time to read it, then finally I tackled the first chapter and then the next!  Ironically, the book ended up getting priority reading!  Removing it from my desk and bringing it into another environment, meant I could re-read small parts of it and capture the wisdom.

I’m reading the chapter on ‘The Value and Benefits of Compassion, the Dalai Lama’s words inspired me as does everything about him, his take on the two types of compassion makes sense.  Howard C. Cutler writes “In discussing the definition of compassion, the Tibetan word Tse-wa, there is also a sense to the word of its being a state of mind that can include a wish for good things for oneself.  In developing compassion, perhaps one could begin with the wish that oneself be free of suffering and then take that natural feeling towards oneself and cultivate it, enhance it, and extend it out to include and embrace others”.

I’ll just break that down for you, In developing compassion (that means you are a student of your ego), perhaps one could begin with the wish that oneself be free of suffering (in other words, you hope for a better existence), and then take that natural feeling towards oneself and cultivate it, enhance it, (so you work it, you really put your mind into the concept of forgiving and letting go), and extend it out to include and embrace others.  (wishing for others only good).

Dalai Lama goes on to say “Now when people speak of compassion, I think that there is often a danger of confusing compassion with attachment.  So when we discuss compassion, we must first make a distinction between two types of love or compassion.  One kind of compassion is tinged with attachment - the feeling of controlling someone, or loving someone so that person will love you back.  This ordinary type of love or compassion is quite partial and biased.  And a relationship based on that alone is unstable.  That kind of partial relationship, based on perceiving and identifying the person as a friend, may lead to a certain emotional attachment and feeling of closeness.  But if there is a slight change in the situation, a disagreement perhaps, or if your friend does something to make you angry, then all of a sudden your mental projection changes, the concept of ‘my friend’ is no longer there.  Then you’ll find the emotional attachment evaporating, and instead of that feeling of love and concern, you may have a feeling of hatred.  So, that kind of love, based on attachment, can be closely linked with hatred.’

‘But there is a second type of compassion that is free from such attachment.  That is genuine compassion.  That kind of compassion isn’t so much based on the fact that this person or that person is dear to me.  Rather, genuine compassion is based on the rationale that all human beings have an innate desire to be happy and overcome suffering, just like myself.  And just like myself, they have the natural right to fulfill this fundamental aspiration.  On the basis of the recognition of this equality and commonality, you develop a sense of affinity and closeness with others.  With this foundation, you can feel compassion regardless of whether you view the other person as a friend or an enemy.  It is based on the other’s fundamental rights rather than your own mental projection.  Upon this basis, then, you will generate love and compassion.  That’s genuine compassion.”

I read this several times before I could fully digest it, but I want to bring you to the question, Compassion, how hard can it be?  Well based on what his holiness has said, it’s attainable, it’s there but it requires one to remove the attachment or attachments, to feel compassion for someone regardless of how you feel about them as a person.

When I hear about somebody doing something horrible to someone else, something unthinkable, I always check myself and wonder about the day the perpetrator was born.  I mentally take myself back to that little baby, born of innocence and all brand new.  I check myself again and enquire inwardly, what happened to that person to make them turn into a killer, a narcissist, a criminal, a ‘whatever?’  When I do this, I change my perspective, I change my feeling of hate or rage and I take myself into a more sympathetic, calmer state.  I have been tested, I have had bitterness in my heart over someone doing something wrong to me.  It took time to forgive, time to process, and then the healing followed.  Forgiving someone is healing two people at the same time, first myself then the other.

Many years ago my family and I attended a ‘road trauma meeting‘. I think that is what they call it. This is a formal meet set up by the local police for people who have clocked up too many driving offenses, perhaps been caught drink driving, speeding, and breaking the law on the road.  That night we had my son’s friend staying with us, a young man, still only 15 years old, who along with us listened to the 5 speakers sharing their traumatic driving experiences to the audience.  One of the speakers, a lady spoke about a serious accident she went through with her 2 kids; one of them passed away!  She spoke of the pain and depression she felt after the accident, while badly injured, confined to a wheelchair, maneuvering around a supermarket looking for party items for the surviving child’s birthday, knowing she had a funeral to organize for the other one. She was in a dark place and had so many emotions going around in her head, guilt, pain, doubt.  It must have been horrible for her.

The last speaker was a man named Phil. Phil Barry spoke about his 30-year-old son James, who died two days after Christmas in 2002. 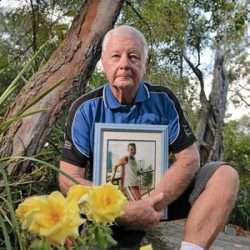 “Phil Barry will never forget the moment two police officers pulled up in his driveway to tell the family their son James had been killed in a car crash.

He will never forget the cold, long walk to the mortuary to identify his 30-year-old son, killed when his mate Anthony crashed into a tree near the Noosa North Shore on December 27, 2002.

Phil shares the story of the accident, about the night he learned of his son’s fate, and how Anthony, James’ friend, who was the driver and later sent to prison.  There was a long and lengthy legal process, and Phil tells us the story of the night before the final court appearance. At that time, Phil was angry and full of an all-consuming passion for revenge that had become a part of his life.  He spoke of the time he and his family received a letter from Anthony in prison.  It lifted a weight from his life, as Anthony expressed his sorrow at what happened.  Phil shared that he was confronted by a young man suffering as much pain as he was, if not more for the consequences of his actions in the crash.

Phil visited Anthony, formed a friendship, and applied the first rule of compassion and then forgiveness.  He went onto say that Road Trauma Services Queensland helped him to find belief in compassion.  Phil was waiting for Anthony when he got out of prison, helped him set up a business, and showed true compassion for a man who needed every bit of help to move on with his life.  This touched me so much.  I was really affected by this story of forgiveness and compassion shown by Phil to Anthony.

When we left that hall, my husband, son, his friend, and I sat quietly for some time in the car before Darryl turned the key in the ignition.  My son’s friend turned to me and said he appreciated being brought along to the meeting, but he didn’t think he would ever drive a car in his life after hearing those stories.  He said that the ‘road trauma meeting‘ had the same effect on him as seeing the movie ‘Jaws’ for the first time.  It took him years to go back into the ocean.  Perhaps every young man and woman should go along to a meeting like that to have a little perspective and respect for the roads, driving, and learning about the repercussions of driving under the influence!

If Phil Barry can forgive the young man that was part of a chain of events leading to the loss of his son’s life, I reckon we can all practice a little more tolerance and understanding towards others, and be compassionate to those around us.  It’s a blessing to be alive, a blessing to have insights, hindsight, and any site.

Compassion, How Hard Can It Be?  Only as hard as ‘You’ Make it!