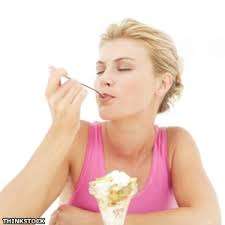 LEPTIN (or the Greek word leptos meaning thin) is a kDa protein hormone that plays a key role in regulating energy intake and energy expenditure, including appetite and metabolism.  It is one of the most important adipose derived hormones.  Getting the right amount of sleep can be the first step to making sure that you’re getting the ghrelin / leptin balance that your body needs to naturally maintain a healthy weight.

GHRELIN is a hormone produced mainly by P/D1 cells lining the fundus (part of the stomach to the left and above the level of the opening of the esophagus) of the human stomach and epsilon cells of the pancreas that stimulates hunger.

Why are they so important?  Read on…..

It has been found that thinner people have higher levels of ghrelin production during certain night time hours which is lacking in people who suffer from obesity.  The higher levels of ghrelin production can be in full swing when people go into that fourth level of sleep and cycle in and out of it for the right amount of time.  People who fail to sleep properly over-stimulate their ghrelin production which increases their desire for food.  Simutaneously, lack of sleep reduces the production of leptin which is the body’s appetite suppressant.  You need to have adequate leptin circulating around in your biochemistry.

On a healthy person Ghrelin levels increase before meals and decrease after meals.  It is considered the conterpart of the hormone leptin, produced by adipose tissue, which induces satiation when present at higher levels. So if leptin is not functioning as it should be you don’t get the internal memo and consequently you will over or under eat proportionately.

Ghrelin and Stress-Induced Depression.  A study appearing in the journal Nature Neuroscience (June 15, 2008 online) suggests that the hormone might help defend against symptoms of stress-induced depression and anxiety.  To test whether ghrelin could regulate depressive symptoms brought on by chronic stress, the researchers subjected mice to daily bouts of social stress, using a standard laboratory technique that induces stress by exposing normal mice to very aggressive ‘bully’ mice.  Such animals have been shown to be good models for studying depression humans.

The researchers stressed both wild-type mice and altered mice.  They found that, after experiencing stress, both types of mice had significantly elevated levels of ghrelin that persisted at least four weeks after their last defeat encounter.  The altered mice, however, displayed significantly greater social avoidance than their wild-type counterparts, indicating an exacerbation of depression-like symptoms.  They also ate less than the wild-type mice.  The poor little dudes had been traumatised, just like mice, humans are affected by stress or bullying, which plays out in several ways.  Some people eat more when they are stressed while others, like me, eat less!

Researchers are reporting today in the New England Journal of Medicine; dieters who lose weight and then try to keep it off make more ghrelin than they did before dieting, as if their bodies are fighting to regain the lost fat.  Remember if GHRELIN is out of balance in the body, you will be stimulated to eat less and if LEPTIN is out of balance you will be inclined to eat more.

The high sustained concentrations of leptin from the enlarged adipose stores result in leptin desensitization.  The pathway of leptin control in obese people might be flawed at some point so the body doesn’t adequately receive the satiety feeling subsequent to eating.  This brings me back to the whole concept of ‘chemistry’.  It’s so important to keep the chemistry in balance, drinking green drinks, and adequating hydrating with water before a meal (not during it), can be crucial to increasing the good chemistry you need circulating in your body so that you are not inclined to over eat and/or make bad choices about what you are eating.

Pay attention to the way you behave when you are under stress, are you a compulsive eater, or do you lose your appetite completely?  If you are the later, then be sure to keep your protein shakes up, complete with heaps of hemp seed oil, and/or coconut oil, and bananas.  Bananas are rich in the mineral potassium, which is a mineral that is lost very quickly in cooking.  If you find you are under stress, eat a little more raw food and heaps of green salads.

If you would like to learn more about this, check out my book ‘Lose Weight While You Sleep And Eat’.