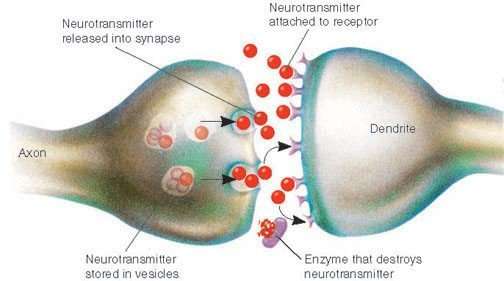 What are Neurotransmitters? They are substances that neurons use to communicate with one another and with their target tissues in the process of synaptic transmission (neurotransmission).  Big word, big message!

As Neurotransmitters are the body’s chemical messengers, it’s in your interest to know a little more about them. They are the molecules used by the nervous system to transmit messages between neurons, or from neurons to muscles. Communication between two neurons happens in the synaptic cleft (the small gap between the synapses of neurons). Here, electrical signals that have traveled along the axon are briefly converted into chemical ones through the release of neurotransmitters, causing a specific response in the receiving neuron.

What is Neurogenesis?  This is the process by which new neurons are formed in the brain. Neurogenesis is crucial when an embryo is developing but also continues in certain brain regions after birth and throughout our lifespan.  It wasn’t so long ago that women were still drinking alcohol while pregnant, eventually, they worked out that an embryo growing inside was completely dependent on the environment that the mother was creating with her lifestyle habits.  So many babies were born with health defects or illnesses because of this grave error.

I was reading and studying Neurotransmitters and Neurogenesis as a process, as up until recently, neuroscientists believed that the central nervous system, including the brain, was incapable of neurogenesis and unable to regenerate? However, stem cells were discovered in parts of the adult brain in the 1990s, and adult neurogenesis is now accepted to be a normal process that occurs in the healthy brain.

How can we stimulate the brain? 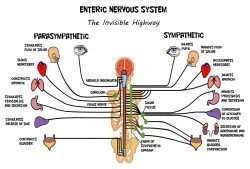 Through research with mice and humans, scientists have found that brainy activities stimulate new connections between nerve cells and may even help the brain generate new cells, developing neurological “plasticity” and building up a functional reserve that provides a hedge against future cell loss.  I’m all for that, and I know that you probably are as well. What this means for you, is those puzzles that you may have skimmed over in the waiting rooms of various offices, or at the back of magazines, may have a purpose for you.  Doing a crossword, learning another language, or learning something different, trains your brain to switch on, to expand, and build neurons for better cognitive response and intelligence.  If you build your brain, like a bodybuilder builds a muscle you are going to age better, feel better, and be able to take part in your senior years or even sooner in a happier more functional way.

How do we sabotage our neurotransmitters?

When we think about the billions of neurotransmitter molecules working constantly to keep our brains functioning and managing everything from our breathing to our heartbeat to our learning and concentration levels, this can only be a good thing. I think of the many ways we sabotage those magnificent molecules doing their thing! Smoking, alcohol consumption - now there’s a neuron reducer if ever I saw one.  Staring at small screens, and shallow breathing, eating lifeless foods, failing to drink adequate pure water, just to name a few.

Neurotransmitter molecules affect a variety of psychological functions such as fear, mood, pleasure, and joy.  If we just take that last one ‘JOY‘, this makes me reflect on the so-called ‘cheerful person’, by the very definition of cheerful, being cheerful creates joy cells in your body and mind when you are living on purpose and doing joyful activities.  Watching comedy can be a neurotransmitter stimulator!  Watching someone else laugh, can be infectious.  So hang around people who laugh, it will keep you young!

The positive person is the one who is always looking at the glass half full, they are not just positive for the sake of being positive, they are more than likely aware of the power of their thoughts sending neurotransmitter errands throughout the body, which helps to keep them in tip-top mental condition.  The positive person is always a nice person to be around.  They are kinder, tolerant, laugh more, and look for fun in everything they do.  What would it take for you to be that person?

Why a break away from the usual does you the world of good:

I have been planning my next retreat which is always exciting to me, because ‘to retreat‘, means to do just that, to stop for a moment, not to go backward, but more to reflect, evaluate, lean, and assess the environment around us, or change the environment, because in a changing environment your neurotransmitters become more stimulated, and effective healing can and will happen!

Not everyone perceives going away as a good thing!  For some people going away could be a bit stressful. I find if I plan out as much as possible, anticipate the unexpected, and be happy with what eventuates, I’m okay. By making lists I am testing my brain, and my memory and making the eventual departure and experience of leaving, a far healthier experience because my brain functions better, when I feel like I have some control. My neurotransmitters are bouncing around like primary school kids when the wiggles come to visit.  I feel like I’m switching on and it’s all part of my human experience.  The brain is a remarkable part of our anatomy, it is stimulated by rewinds, synaptic intercourse, and loops of information.

It’s estimated that we have around 62,000 thoughts a day, amazing, however, unless we are stimulated they are usually the same thoughts we had yesterday, so it makes sense to me to stimulate my brain with new thoughts.  Decluttering the brain like I would declutter a room or house, is part of the process of allowing peace and tranquility back into my life.

Our next Lifestyle Reset Retreat will take place on Saturday 24th and Sunday 25th of September, you can be sure that we will tackle some of these neurotransmitter issues, and provide stimulation and learning that contributes to you building a better mind, and a healthier response to things that happen around you.  Unavoidable things that come out of nowhere, like unexpected bills, accidents, death in the family or of a friend, trauma, separation, and loss, all of these things are neurotransmitter bandits and can rob you of ‘joyful feelings, so we are going to delve into solutions to the stuff we have to deal with.

What can go wrong? 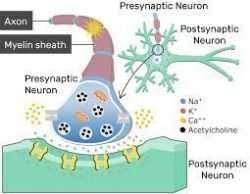 When neurotransmitters are affected by disease or drugs, there can be a number of different adverse effects on the body. Diseases such as Alzheimer’s, epilepsy, and Parkinson’s are associated with deficits in certain neurotransmitters

Dopamine is associated with such things as addiction and schizophrenia. Serotonin plays a role in mood disorders including depression and OCD.11 Drugs, such as SSRIs, may be prescribed by physicians and psychiatrists to help treat symptoms of depression or anxiety.

Thanks for reading, be sure to comment if this has helped you, and even more importantly join us at our next retreat.  Lifestyle Reset September 2022.