Say No To Plastic Water Bottles 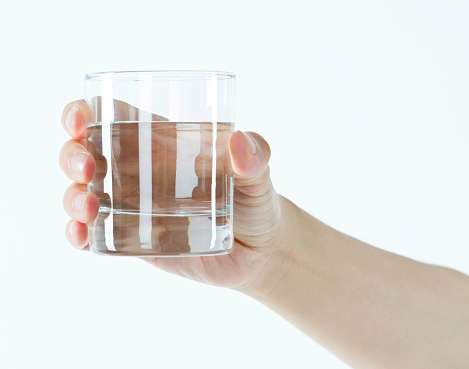 I can’t tell you how infuriating it is for me to still see plastic bottled water being sold as a solution to transport, store and sell water, and this being sold as a so-called convenience to us!  Ughh.  This is an environmental disaster! We are actually 2-3 decades late in our response in actioning some sort of change around our consumption of plastic, however, as you will eventually read in my new book ‘Lifestyle Reset‘ - The Essential Guide To Healing You and The Planet  I’m calling it again, like many other environmental evangelists, and making an effort through the way I purchase or not purchase plastic bottles.  My suggestion is to only store water in a glass or BPA-free container. If not for the fact that whole cities are forming on top of plastic mountains, in countries like Laos and Brazil, I believe ‘collectively’ that we can still do something.  Here’s why:

Because I keep fish in a pond within the garden of our property, I get to observe firsthand, how important the quality of water is to the life and health of my fish.  An example of that is, last year I noticed several floating ‘dead’ fish near the filter mesh of my pond.  I wracked my brain as to what may be causing so many fish to just turn up dead or very near death, as I had been keeping the water clean, and been particularly vigilant at cleaning out the filters, and then it hit me.  I had introduced one new filter mesh which must have had a chemical of sorts, still embedded in it, and my fish just couldn’t handle the effect of this filter on the water quality.

There was one other element to consider, the introduction of the new mesh coincided with a rise in temperature, a substantial rise that is!  Summer heat on tainted pond water meant my fish were struggling to adjust.  I even added filtered water iceblocks to the pond to keep the temperature down.  To counter this introduced disaster, I removed the new mesh (made from toxic plastic) and put back the old washed and cleaned one, and didn’t see another deceased fish after that, despite the hotter weather!  There is a natural mortality rate with keeping fish indoors let alone outside in a perilous pond environment.  You expect a few fish to be unwittingly taken by natural predators like birds or snakes, however, I won’t be part of chemically poisoning my fish or myself for that matter.

You may be aware of the composition of plastic and the fallout you could expect from drinking water that has been resting on plastic, exasperated by resting in a car that is hotter inside than outside, which heats up the plastic and creates a deadly combination of a mutant chemical byproduct?  You may not know of this, but it makes sense to store water in more appropriate vessels, like Stainless steel or glass.  Remember what happened to my fish, when the water rested on a plastic filter, and it heated up and with that created a chemical reaction!  It’s like when you heat chlorine!  Think of the standard shower, which is connected to council treated water, add one sensitive human who may also be suffering from sunburn, run the hot shower over that exposed skin, and walla, you have a chemical burn of sorts.  This happened to my husband Darryl, several years ago, when we put a Vitamin C showerhead on the suburban shower, ran the chlorinated water through that, Darryl was mildly sunburnt, and the reaction he experienced was horrific, he was in agony. I’m not saying the Vitamin C Shower filter was the problem, I am saying that chlorinated water heated, can be very dangerous on sensitive skin!

According to an independent study, the World Wildlife Fund (WWF), a conservation organization, is urging people to drink tap water, which is often as good as bottled water, for the benefit of the environment and their wallets.

According to the study, commissioned by WWF, bottled water may be no safer, or healthier than tap water in many countries while selling for up to 1000 times the price.  It’s the fastest-growing drinks industry in the world and is estimated to be worth US $22 billion annually.

The study reveals that the bottled water market is partly fueled by concerns over the safety of municipal water and by the marketing of many brands that portray them as being drawn from pristine sources and as being healthier than tap water.  However, some bottled waters only differ from tap water in the fact that they are distributed in bottles rather than through pipes.  One in three bottles of water has been proven to not be as safe as tap water.

I’m not sold on tap water at all, as I was reliant on it during a 14 day stay in hotel quarantine during June of 2021.  I couldn’t handle the plastic bottled water that was delivered to me every day.  It frustrated me so much that during my quarantine time, there were also 378 other people in the same hotel, also receiving bottled water every day!  We had to throw out our bottles! I recycled them where I could by turning 2 of my used bottles into vases for the flowers I received from my son.  I did the mathematics on how many bottles of water I received during my 14 days, approximately 56.  If you multiply that by how many other people received bottled water, that’s around 21,168 plastic bottles just for the other guests over 14 days.  21,224 plus mine!  Ughhhh!!!!

So what does this mean for you?  Recognize your power, your consumerism power.  In your own small way, you can dictate the future of plastic bottles, by refusing to invest in water that is transported in plastic bottles.  Instead, invest in your own water system, and store your water for transport in glass or stainless steel bottles.  Convenience always has a price, and right now the price is our ‘planet!’

Invest in a suitable remediation type water system that restores tap water, through a series of well-designed filters, and energizes the water through a little magnetic tunnel.  This is why we use the Zazen water system.  The Zazen Alkaline Water is healthier and delicious!  It’s a state-of-the-art 10 stage process, which emulates Mother Natures Water cycle.  The Zazen water system is designed by Zazen Australia for local water conditions in conjunction with the world’s leading water scientists. 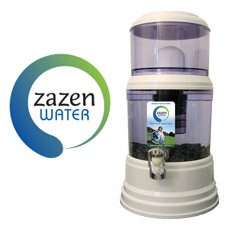 Let’s look after the planet together. x Annie Clark.