The Art Of Leadership

The Art of Leadership 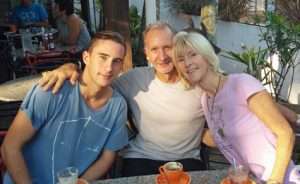 When it comes to leadership, I feel I have a long way to go, but on some level I do feel I am qualified to write about it. I feel the concept of ‘leadership’ gets tossed around like a bag of spuds on market day, and everyone talks about it with cliché words like, ’empowered’, and sentences like ‘go forth and multiply’ or ‘leaders are readers’ etc., as if they are already in control of it, when in truth it really is a work in progress for them and most of us.

Leadership is about stepping forward with conviction behind some real intention. It can be incredibly uncomfortable, confronting and will take every ounce of your courage. This is what I’ve found just raising a son. My teenage son, Jay just a year shy of leaving the teens behind, reminds me every day that I have to think about what I do, where he is concerned and when it comes to setting a good example and teaching him to be a leader and not a follower!

My husband and I are constantly on his case! Yes, he does grunt and groan, but I can see it is paying off by what others are telling us about their relationship with him. A smile broadens on my face when I think of my son, he is really a lovely person, and I’m proud of him, but he does possess a ‘slack gene’ which I, for the life of me, don’t know where it came from. Getting Jay to clean out his car or room is like pulling teeth!

I come from a family of workers and savers, and my genetics are hard-wired to ‘finish the job at hand, if you can’t do something right, then don’t do it at all’ - ‘keep your environment in order’ sort of mind-set!  So when my son leaves his clothes on the floor, this kills me. I have resisted folding them for him, because I’m not teaching him anything about being organised and neat if I do. If I do everything for him, I’m teaching him that ‘mothers are here to fold clothes and tidy up after everyone else’. This is not the message I want to give him.

I’m  conscious of the perception of leadership. If I am to guide him for life, it must not be with words, it must be with actions. Because that may be another cliché, but actions do speak louder than words!  There are different types of leadership to consider, from the home, to business and business circles to schools and communities. Someone has to put down firm boundaries which create clarity in home life. If everyone in the household did their own thing, and avoided or ignored the waste bin, it would never get put out! If it never gets put out the rubbish piles up, and eventually the place begins to stink. If the same person is doing all the work, then that person only really has themselves to blame, because they haven’t set a clear boundary, and therefore they have made it easier for everyone else in the household to be slack.

I have a creed I live by, this saying is indicative to how I live my life. “Never ask someone to do something you are not prepared to do yourself! A leader, leads by example. They do first what they expect or intend for others to do.

There was a famous scene in the movie ‘Pearl Harbour’ where the Military advisor says to President Franklin D. Roosevelt, ‘It just can’t be done!’ Roosevelt, who has spent the majority of his life in leg braces (Polio) and sits in a wheel chair, struggles by himself, to get up to a standing position. He looks over at the soon to be embarrassed man, and says ‘Don’t tell me it can’t be done!’

I found this to be a moving and strong statement which was shared from a man who experienced the some of the very worst scenarios in his own life.

President Franklin D. Roosevelt was a leader! He had to make decisions that were uncompromising, difficult and extremely conflicting, but he made the decisions that he knew would not make him popular, cost lives (by going to war with Japan, Germany and Italy).  He established an emotional bond with the American people at the time, and this restored hope to people who had lost everything. He used the phrase, ‘we have nothing to fear by fear itself.’

Here’s another saying; ‘give a man a fish, he will live for a day, but teach a man to fish and he will live forever’ This is one of the most used sentiments in the world when it comes to leadership but it is so TRUE. The first lesson of leadership is to allow people to learn, and to make their own mistakes. This is hardest for the parent, because they want their child to cruise through life, and avoid as much pain as possible, but pain is an inevitable part of life!

I am learning that to be a leader, I must work on who I am and question myself on my own actions. It’s a very interesting position to find myself in. From teaching Iridology, food preparation, and doing consultations, I am in leadership, because people are looking to me for advice and guidance and mentoring. I owe it to my people to get it right and be up on my subject and deliver content that is relevant, that’s how I feel about leadership, it’s working on my own mind and integrity every day, every moment. A work in progress.
At a recent leadership retreat, I listened to the first speaker emphasise a point. He told us a short story about cutting down a tree. He said that a master craftsman if given 6 hours to cut down a tree will spend the first 4 hours sharpening the axe!
So when you think of leadership, think of the people you are hanging around with, and think about what you can do to support and nourish them in your actions, words and life.

Leadership is showing the way, living the way, and not wanting to sound corny,,,,,,’being in alignment with your purpose’.